Just had to brag a bit…
I opened the new Calendar from the Westside Star (a local newspaper for the west side of the Lake of the Ozarks) and two of my photos had been chosen!!! So I’m feeling a bit like a celebrity tonight. 🙂
The one of the snowman and my daughter won a Reader’s Choice Award from the Westside Star’s vote poll of the best photos submitted for the 2013 calendar. The photo of our dog, Olivia in Papa’s bird bath is featured for the month of August. 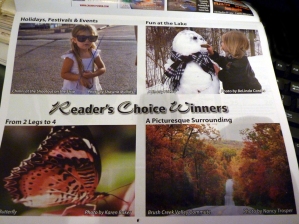 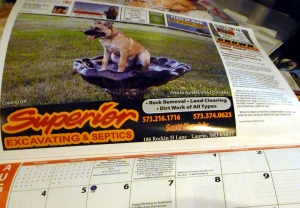