We recently acquired a new puppy from a friend. She’s a gorgeous little thing, part Malinois, part Border Collie- a mixed breed that they’ve termed online to be a Malincollie. We decided a Malincollie dog must have a Melancholy name, so we called her Lenore. She doesn’t live up to her name at all though; with two very high energy breeds for parents, she’s a very lively, very curious, very bouncing off the walls if you don’t walk her EVERY SINGLE DAY kind of puppy. My friend gave her to us because we were supposed to be moving to a place where there’d be lots of running room. That may or may not happen eventually… in the meantime I have to keep this puppy entertained so that she doesn’t eat my house or drive our older, EXTREMELY MELLOW by comparison, dogs insane.

I started taking her on walks every morning to the city parks last week. This week, I decided that I actually liked walking every morning. I haven’t been outdoors nearly as much as I would like this year due to house remodeling (again! sigh) and holding off on new yard plans due to possible move. It’s not given me much to write about on Dirt, as you can imagine. No yard, no garden, no posts. 😦

I was already bored with walking circles at the city park, looking at the same scenery and the same people that also go there to walk every morning. My husband would probably make friends. I’m not very social in that way though. I prefer a small circle of close friends to small talk with strangers, ALWAYS. I started driving out to one of the state parks instead this week. Ha Ha Tonka has a been a favorite haunt of mine for as long as I can remember. I was going there as a child to swim in the springs and walk the dirt paths long before it was taken over as a state park. Lenore needs exercise and I need something interesting to look at while she’s exercising, so I decided we would pick a trail each day until we’ve gone down all of them. I’ve explored 90% of the trails in the park and even some that aren’t trails anymore, but I haven’t’ visited every single one of them.

I went down Turkey Pen Hollow the first day and the views were spectacular, in spite of little rain this fall and the colors not being as vivid as usual. I took pictures along the way. It occurred to me today that I should be posting all these wonderful photos on here and share them with everyone, not just my friends on Facebook. These I’m posting today are of the Spring Trail, that main paved/board walked trail that leads from the parking lot down to the mouth of the spring.

Hope you enjoy the views as much as Lenore and I did. 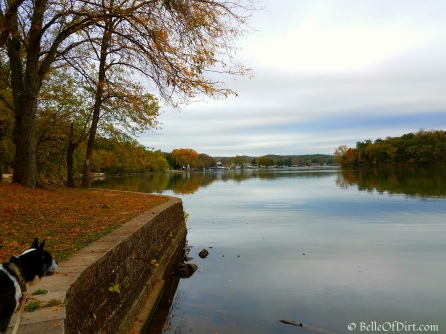 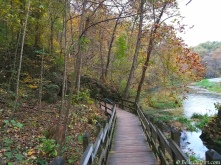 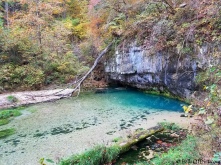 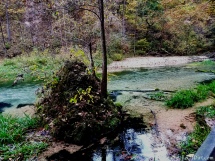 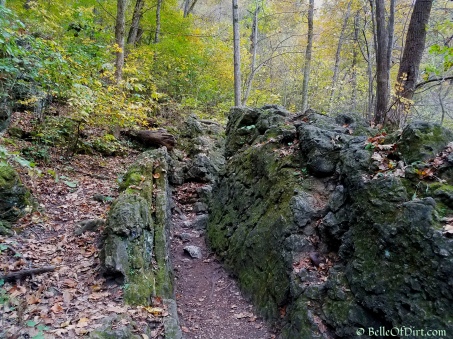 Life is sometimes hard. Things go wrong, in life and in love and in business and in friendship and in health and in all other ways that life can go wrong. And when things get tough, this is what you should do.