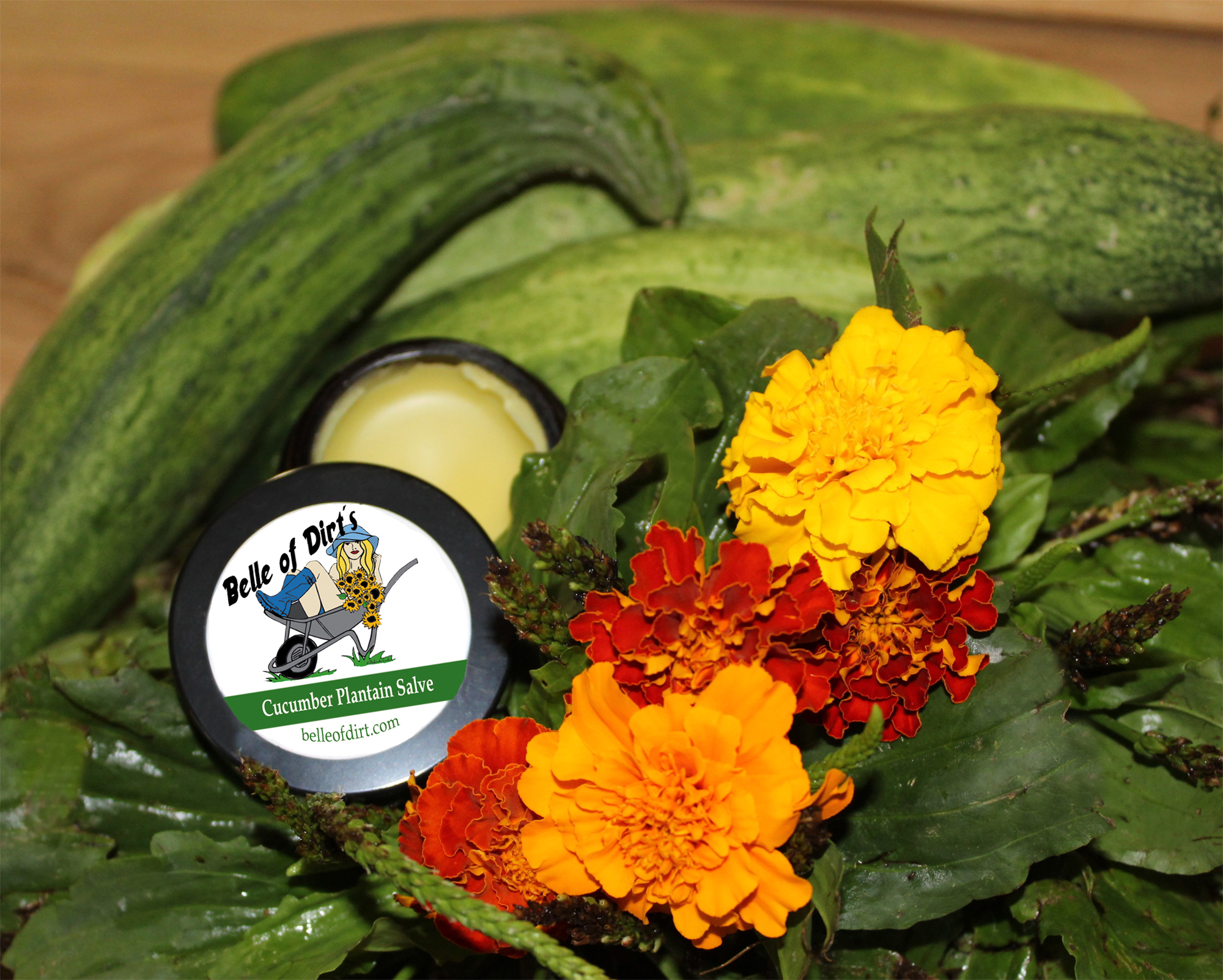 For the past several years, I’ve been sharing a recipe with friends to keep bugs off naturally. I was inspired by my hatred of OFF! and Avon insect repellent products, I just couldn’t stand the smell, plus I didn’t love smearing chemicals all over myself just to keep mosquitoes away. I made a spray of cedar oil, peppermint and lemon eucalyptus that repelled ticks, fleas, ants, flies… pretty much whatever was annoying me. And it smelled like woods instead of flowery perfume or bug spray.

I’ve run into a similar issue finding something that works on insect bites. I’ve used ChiggerX, Benadryl cream and various over the counter things that were basically alcohol mixed with a little lidocaine to kill the pain/itch and had varying degrees of success with them. Tea tree oil works some, but it’s drippy and messy and the smell is really intense by itself. I’d used the Plantain herb before, just chewed up a bit of it and put it directly on a sting, which worked well, but isn’t very practical to throw in a handbag and take with you. I wanted something that would help relieve itch, pain, reduce swelling and help with healing too. 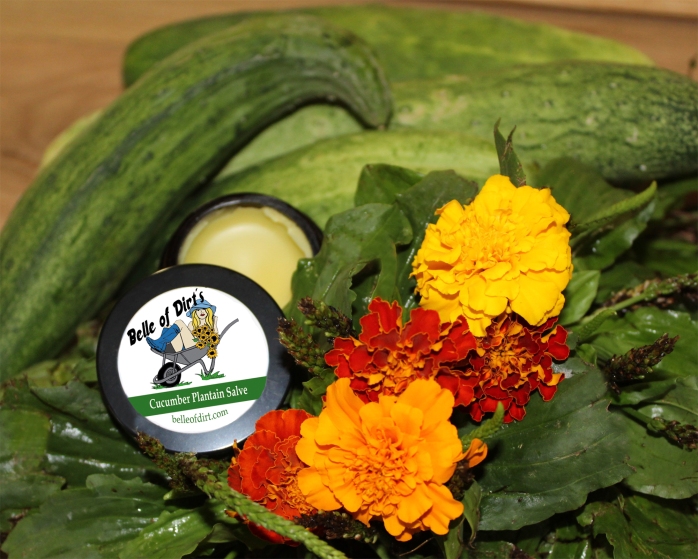 I’m hoping this new salve will cover all the bases.

The primary ingredients are cucumber and plantain herb. Not to be confused with the plantains you buy at the grocery store that sort of look and taste like bananas- this is what most people consider an annoying weed. In fact, one of it’s favorite places to grow on our property is right out of the gravel in the driveway. I’ve used plantain before for a wasp sting, just chewed up a leaf and put the pulp right on the sting for about 20 minutes. It stops the pain and takes down the swelling pretty effectively. I’ve also eaten it before to help with stomach issues.
Studies have shown that Plantain may decrease inflammation because of the flavonoids, terpenoids, glycosides and tannins the plant contains. Studies on rats have even shown a reduction in cancer cell growth and protection against liver damage.
In this case, I was interested in it’s inflammation and soothing properties for topical use.

Cucumber is an all around good anti-inflammatory too. I’ve had both eczema and mild rosacea issues in the past and cucumber is one of the only things I’ve found that that can calm both without irritating my skin further. It’s also very hydrating and loaded with anti-oxidants. Cucumbers are packed with vitamin K, they also boast a fair amount of vitamins B and C (fight free radicals!) and contain trace minerals like copper, phosphorus, potassium and magnesium. Soothing was the primary characteristic I was going for here.
I made my own cucumber powder from the fruits I grew in the garden. For one thing, I grew WAY too many of them this year and I can only eat so many. I didn’t want to make pickles and the neighbors are inundated with my cucumber giveaways as well. Dried and powdered, I can fit 6-7 full size cucumbers in one little jar! Also, I know what has been on my plants (water) and that they haven’t been exposed to any chemicals, sprays or pesticides because I grew them. 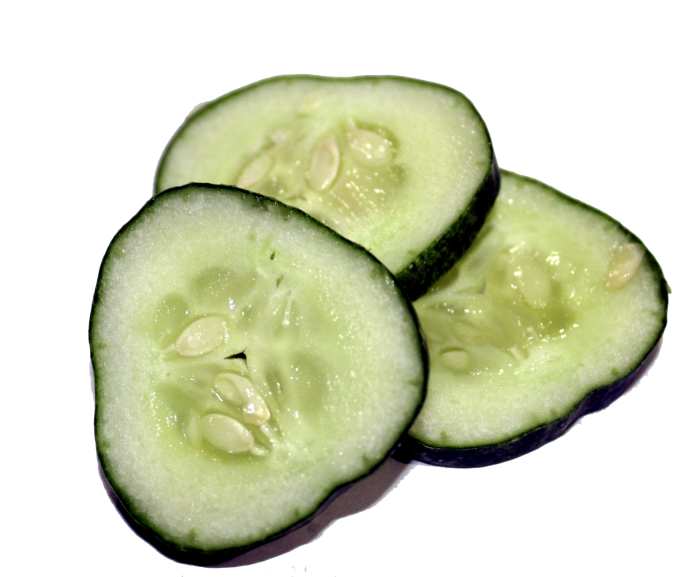 To these two plants I added a dose of pot marigold (calendula) which calms itching and organic tea tree oil, which is one of the best anti-microbial, anti-bacterial and anti-fungals I’ve used. Just a word of warning- tea tree is not good for your dog. Don’t use use it on canines please.

Since tea tree has such as strong scent and I can smell that cucumber through the entire house, I probably won’t be adding anything smelly to the mix just for scent. I debated adding some mint, but on angry skin, it might burn, so I skipped it.

This formula should work well for insect bites, stings, diaper rash, heat rash and basically any wound that could use a huge dose calming, reduction of swelling and needs to be kept germ-free. It’s 100% all natural, the plants are all organically grown and chemical free.